THE TELOS SOCIETY in cooperation with Kinono, Tinos Gathering, in Chora of Tinos.

Workshop Hours in Tinos: 10:00 – 13:00 Interpretation and implementation of the ephemeral projects.

Participants: adolescents and adults of Tinos, Lesbos and Euboea.

«Σμιλεύοντας το Αρνητικό | Carving the Negative» is an interactive and cooperative action of THE TELOS SOCIETY. Six artists have been invited to participate in it by the curators, Sotirios Bachetzis, Chrysoula Lioni and Dimitris Spirou.

The following artists generously: George Maraziotis, Sofia Dona, Eliana Otta, Maria Papadimitriou, Elias Papailiakis, and Panos Sklavenitis temporarily grant and share the copyright of six original comprehensive works of art in the context of these works. and then to Lesvos and Evia.

The participants of the workshops of the above local communities will collectively materialize ephemeral projects having as a spark the artists’ texts. This experimental action will be performed three times in total. The projects that will emerge in the context of the workshops will be presented in the action list, on the TTS website and on the social media of our partners when all three parts of the program are completed.

With the financial support and under the auspices of the Ministry of Culture and Sports. 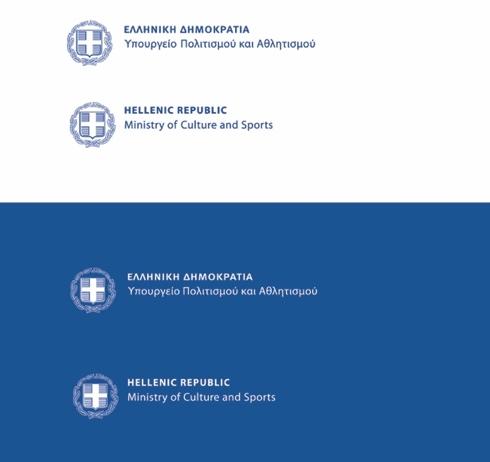 Every time I travel to an island I think of the public space that is activated in its central points such as a square or around the church, the cafe and the City Hall. Or even in the very patios of traditional homes. There I imagine the communities of the island to meet and co-shape their daily lives. In these places I think of creating a sculpture whose presence will make the landscape more “mysterious” and will soften the will of the public for communication and dialogue. Seeing it, the pool comes to mind as a means of fun and carefree but also as a (fictitious) identification of social status. Of course, in our work there is no liquid element anywhere since what dominates is the natural sunlight or the artificial lights of the surrounding buildings. The sculpture must be developed in such a way as to invite the public to touch and explore it and through it, to feel the feeling of surprise and play.

Some people believe that there are buried treasures in their backyards. Others are convinced that there are treasures underwater or hidden in forests where no one has set foot. Such beliefs have in the past mobilized ship crews or been the spark for war.

Which are today’s treasures? Covid-19 is said to have made many people reevaluate their lives and priorities, to motivate them to reconnect with their present, or at least to make them wonder where they want to be. It has made us wonder who cares for us and who or what we want to take care of. Many cultivated the fantasy of “leaving everything” and going “into nature”. In Greece, this often translates to “I give up everything and go to an island”. What do the people of the city crave when they imagine such a scenario? How do they dream of life on an island? Do the islanders feel the same? Do they add value to what non-islanders crave? What are the treasures of an island? Not buried or hidden, but those we can see, feel, touch, smell, hear.

From the late professor Mr. Margaris a cool view, a text of 2007

We have a craze for pines. We plant them everywhere. In the camps they put them next to the gunpowder depots. But pines have one. Disadvantage. They need, they cause, fire. It belongs to their DNA. In Pelion, which has no pines, the foresters went and planted. These pines have been burned three times so far. In Parnitha the pines burned the firs. The flammable turpentine comes out of the resin.

They were supposed to have built a National Park and were talking about the Kri- Kris that  brought them from Crete. They had plowed an area and then put deers inside. In order  to really work a deer ecosystem , there had to be wolves. The deer had become so numerous that they constantly ate the bark of the firs.

The oxygen of the Athenians will not decrease.

I heard that there will be a shortage of oxygen in Athens. Oxygen has not been reduced in the last millions of years. Oxygen is produced by ninety percent of the oceans. Does anyone think that in the Sahara they do not have oxygen? Do poles that do not have trees do not have oxygen? I also heard them say over and over again that the last green lung had disappeared. It was not the last green lung in the Basin. There is the other side of Parnitha, Penteli, Hymettus that re-greened.

No flood control or reforestation needed.

At Mount Athos, ten years ago, a fire had destroyed everything. Teachers and ecologists said that reforestation had to be done. The monks did not let anyone in. Fortunately, the monks do not have goats. The forest became better than it was before.

In Parnitha today there is a basement. It is the schinos, the arbutus, the yew. In these plants only the upper part burns. In other words, 40% is burned. 60% are their roots. These plants tend to flourish immediately with the first fires. What we hear about floods, etc. are nonsense. Soil and water are retained by the basement, because the roots are alive. One should not step on the burned area, cut logs, drag them. “In Penteli, in those terrible reforestations, fortunately of small parts, they dug and planted diseased trees and at the same time destroyed about 100 small plants that had grown on their own.”

The tree holds the shape of the air when the air is not here.

But the wind holds the shape of the tree, as it blows and moves away.

To humans, questions are more than answers. And as the man asks, he hears his form giving shape to his questions.

I often see a bench, between is and is not, and often I approach it or so I think. This also approaches me and then the wind blows hard and you remove the bench. And it takes its form.

One day when the wind blows hard and you walk away, I will see for a moment the passage of time and it will be me. And the bench, and it is, and it is not, and the tree, in one dimension. Only.

1_On the occasion of the study of the tree of life for a Greek synagogue.

2_With the overtone of the poems of G. Seferis

* People usually transform en masse to escape something catastrophic, such as war or poverty and starvation. In the new places of their settlement, they carry with them their memories and traditions, their sanctuaries, their relics, their geographies and when they are allowed, they rebuild villages and cities with the same names of those they left behind, they rebuild them their temples, schools and monuments. However, the possibility of “owning a geography”, even if it constructs your own monument, is a privilege that not all foreigners have.

* The title describes an ephemeral monument that I suggest to be built on the island. The team that will implement it, will decide what kind of monument it will be, what does “foreign head” mean, where is it from, what is the geography with which it is connected? Does it belong to a man, a woman or a child? Is it human, is it an animal head, is it a monster? And what is the “disaster” he will face? A catastrophe that has already taken place or an upcoming one? Answering these questions, the team must also decide on all the technical details: what materials it will be made of, what size it will be, where it will be placed, the length of itss stay there and so on.

Note: My reward for the idea: I am sending some digital head designs, I would like the monument implementation team to come up with a photo in which everyone will hold in front of their head, like a mask, one of these heads.

Sotirios Bahtsetzis is a curator, author and educator based in Athens, Greece. He is

Greece). He is also a visiting professor at the program of European culture at the

program of museology in Aristotle University of Thessaloniki (GR). He is a Fulbright

Scholar (2009) at Columbia University in the City of New York, he has edited

exhibitions like Homemade Exotica in Berlin (2019), Roaming Images at the 3 rd

volumes as in the Semiotics and Visual Communication III: Cultures of Branding

the Afterimage. His research interests include the art establishment, the diligence

theory, the art of social entanglement, the theory of image, post-industrial design the

phenomenology of structures and the posthumanism theories.

Yorgos Maraziotis (born 1984, Athens, Greece) is an artist and editor based in

from the Royal Academy of Antwerp (BE), additionally with his studies in Screen

interdisciplinary focuses on conceptual procedures which translate one visual

language in another one using techniques such as dialogue, oral stories but also

common materials of Plastic Arts. Interferes with sculptures in public space and

develops participatory procedures in which the spectators actively participate and are

between in powerful opposed meanings. Maraziotis is a member of the participatory

artistic team November and a curator of AthensSYN. His artworks have been

displayed in group and individual exhibitions internationally, in places such as the

the Tinguely Museum in Basel and Matadero in Madrid. He has received subvention

Sofia Ntona (born 1981, Athens Greece) is an artist and architect. Her artworks have

Contemporary Art in Athens (2013). She has also actualized the exhibition Macho

Sounds/ Gender Noise (2020) at the Staatsgalerie Museum in Stuttgart in

collaboration with Dafni Dragona such well as the individual exhibition Voyageurs

of the city of Munich. She has co-curated the queer feminist festival Aphrodite

Y(our) State of Emergency at the NGbK in Berlin (2014), New BabylonRevisited

exhibition for the announcement of Matera in capital of culture (2019), Summer

Biennale (2009). Ntona has received an architecture award by the city of Munich,

Förderpreis der Landeschauptstadt München (2018) and the scholarship Fulbright for

Elianna Otta Vildoso (born 1981, Lima, Peru) she has a Bachelor of Fine Arts and a

Master in Cultural Studies from the Catholic University of Peru (PE). She co-founded

Lima. As an artist, she is represented by the gallery Galeria 80m2 Livia Benavides of

Peru. She has lectured in School of Arts of the PUCP, Corriente Alterna and Escuela

Fine Arts in Vienna with her artwork Lost &amp; Shared: a laboratory for collective

mourning, towards affective and transformative politics (a workshop of collective

mourning towards a sentimental and converting politic), which occupies her from

Maria Papadimitriou lives between the cities of Volos and Athens. She is a visual

in the Department of Architectural Engineering. She studied in Ecole Nationale

graduated with excellence in 1986. As an artist, she is widely known for her ability to